Shocking news that British thespian Bob Hoskins has passed away. Wonderful actor, especially in his "tough guy" roles: "The Long Good Friday" and as mobster Owney Madden in "The Cotton Club". Would have made a good Capone, too, had he stayed cast in "The Untouchables".

So sad to read the news this morning that this lovely actor is gone. Bob Hoskins always brought life to anything he appeared in. I came across the lovely piece below from The Guardian in 2010 that gives a sense of his personality. Loved him the first time I saw him in the mini-series about the birth of the British film industry called Flickers (1980) and of course, he was brilliant in The Long Good Friday (1980), Mona Lisa (1986), and Mermaids (1990), though he is perhaps most often recalled for Who Framed Roger Rabbit? (1988). He was a delight to watch.

Bob Hoskins is a delight to watch and thoroughly enjoyed his work in films ...

I'm sorry to hear this. A wonderful actor.
Top

A lesson to any serious student of acting, watch the final moments of this screen classic:

77 Sunset Strip was my first favorite adult show and I've been watching a bunch recently. I'd even commented to a friend that it was amazing that the show had been off the air for 50 years, yet its three leads (Roger Smith and Edward Byrnes being the other two) were all still alive.

Zimbalist was visible in a recent TCM documentary on Warner Bros. and he was looking quite good, easily recognizable and sounding no different.
Top

Efrem Zimbalist Jr. was a perfect voice for Alfred Pennyworth - IN BATMAN, THE ANIMATED SERIES and one of my most beloved voices in HOLLYWOOD history ... he was perfect in every way shape and form and i can understand every word he said on Screen, Animated Form, and Movies too. Being a person who's hard of hearing, severely hard of hearing he brought great joy in my life.
Top

Very sad news. One of my all-time favorites (LOVED "The F.B.I." series), but he certainly lived to a good age and certainly did seem to maintain an appearance that belied his years.

Remember watching him some years back on some talk show. He had a good sense of humor about himself. Obviously no movie star vanity there. I recall when the host asked why he was named Efrem, he replied "What other name would go with Zimbalist?"

Such sad news about a fine gentleman.

His father, Efrem SR., was a musician and composer of great note; and his mother was Alma Gluck, the famous opera star (before WWII)... His father was Russian and a good friend of my grandmother - they spoke Russian together.

BTW, there is an Efrem Zimbalist III too!

Sad news to read about Bob Hoskins. Also sad to hear about the passing of Efrem Zimbalist, Jr.:

Stephanie Zimbalist and her brother Skip have released this announcement:

"We are heartbroken to announce the passing into peace of our beloved father, Efrem Zimbalist, Jr., today at his Solvang, Calif. ranch. He was 95 years old. A devout Christian, he actively enjoyed his life to the last day, showering love on his extended family, playing golf, and visiting with close friends. We will miss him dearly."

According to LA Observed, Zimbalist was outside watering the lawn when he died.

From the Hollywood Reporter:

Efrem Zimbalist Jr., the suave leading man who starred on ABC for 15 straight seasons on 77 Sunset Strip and then
The F.B.I.

Zimbalist was a household name from 1958 through 1974 for his performances as dapper private eye Stuart Bailey on Friday night staple 77 Sunset Strip, which lasted six seasons, and as Inspector Lewis Erskine on The F.B.I., which ran for nine.

A close friend of then-FBI chief J. Edgar Hoover, Zimbalist ended many Quinn Martin productions on Sunday nights with a description of a fugitive wanted by the feds, exhorting viewers to be on the lookout. One of the more prominent names from this segment was James Earl Ray, assassin of Dr. Martin Luther King Jr.

“Efrem’s character embodied fidelity, bravery and integrity. So much so that he inspired a generation of future FBI employees, many of whom pursued a career in the bureau because they watched The F.B.I. series as they grew up,” FBI director Robert Mueller said when he presented an honorary Special Agent badge to Zimbalist in 2009. “In those days, he may well have been the bureau’s best and most effective recruiter!”

The son of renowned artists -- soprano Alma Gluck and violinist Efrem Zimbalist -- he was the father of actress Stephanie Zimbalist, who survives him. As the sly, silver-haired mentor of Pierce Brosnan’s title character on Remington Steele, he appeared on the 1982-87 NBC series with his daughter on a handful of episodes.

In a career that spanned roughly 60 years, Zimbalist provided the voices of Alfred the Butler on several Batman animated series, the villain Doc Octopus on a Spider-Man cartoon and King Arthur on The Legend of Prince Valiant. He had recurring roles on Maverick in the 1950s, Hotel in the ’80s and Zorro in the ’90s.

In Wait Until Dark (1967), he played the photographer husband of the blind Audrey Hepburn.

Zimbalist was born on Nov. 30, 1918, in New York and raised in a home of artistry and privilege. His father was a friend of poet Edna St. Vincent Millay, and young Zimbalist received violin lessons from the father of Jascha Heifetz.

Later, he studied at the Yale Drama School and the Neighborhood Playhouse, then served in World War II and earned a Purple Heart., died Friday at his ranch in Solvang, Calif., his children announced. He was 95.

I bet this dashing, charming gentleman was the youngest looking 95 year old around! THE FBI was a class cop show. It wasn't one I watched a lot. Only a handful of times. But I liked what I saw. When it turned up later in syndication, I was pleased to revisit. I haven't seen "Sunset Strip" in more than 50 years. I still remember the enormously popularity of that early detective adventure.

Farewell to another piece of our cultural history.
Top

In a world dominated by a very different type of actor, Efrem Zimbalist, Jr. brought a grace note seen all too seldom since WWII, even if he was far too urbane and polished to be an entirely credible cowboy or a by-the-numbers FBI agent! His best role may have been what he seemed to be--a civilized man. It is simply too bad those parts were so scarce in his heyday.

BTW, his deft and moving memoir, My Dinner of Herbs (Limelight, 2004) is a pleasure to read. 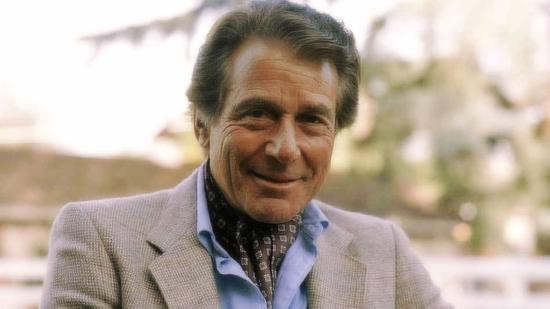 Born into a musically gifted artistic family near the center of the 20th century spotlight, he apparently grew up to be a sophisticated, playful and creative person who avoided being jaded by exposure to the passing parade. His prose in this book touched on everything from his honesty about the difficulties of working with a surprisingly insecure Spencer Tracy on stage, to losing a juicy part because Clark Gable didn't wish to fight anyone on screen who wasn't taller than the leading man, to philosophically salty comments about being contractually obligated to appear in some unfortunate Warner Bros. (but often enjoyably bad!) potboilers. It was a consistent decency and humor that came through on every page as he tried to put almost a century's worth of living into perspective with this introduction:


"...I had no illusions whatever about my capacity to invest an audience with such wonders as [displayed by Douglas Fairbanks, Errol Flynn, Ronald Colman, Greta Garbo, Gary Cooper, Irene Dunne, George Arliss and a dozen others]. Nonetheless I did find myself grateful, through no doing on my part, to be dispensing merchandise from a lower drawer, but not the lowest. I took comfort in reckoning that I was not contributing to a devaluation of morals, nor augmenting those stresses and passions which the news media seemed quite able to inflame unassisted. If I was privileged to provide an hour's surcease from those very tensions--traffic, family squabbles, the depredations of the IRS, politics, financial and job insecurity or unrequited love--it was enough...Theatre and healing didn't share the same umbilical cord in ancient Greece by accident."

His aspiration was that his words, like his life work, would offer "the simple hope that it may bring pleasure and that, unlike the upturned corners of the moon which hold back the hypothetical water from spilling, those of the reader's lips my release, instead, the hint of a smile."