That's FANTASTIC!! Amazing detail and what work you do with charcoal! Oh gosh, you guys amaze me with putting down your own work

when it is SO wonderful--

Really, I hope you do post anything and everything you do, metsfan, because this is really marvelous

And the expression is perfect... I've actually never seen this actor, I'm definately going to go look him up!

Thank you so much for taking the time to post this one!!
by metsfan
Thanks for the kind words that I don't deserve, Danny. All my attempts turn into disasters.

I could never come near to your realistic portraits but if you want to see what I've done so far, here they are. I really need practice. This one is the first portrait I did but it doesn't look much like the bad guy(Zero Wolf) in Apocalypto.

This is the other Conrad Veidt sketch that came out dreadful because his left eye looks like it's going to burst. lol In the picture it was slightly larger because he was looking to the side but I completely messed it up and I didn't know how to approach the folds in his cloak.

A wolf from a painting that I started with pencil and when I tried to go over the fur with pastel, it turned out like a highlighter. Big mistake!

During the weekend I started on Lon Chaney but haven't messed with it since. If you had the chance to check out Conrad Veidt, what are your thoughts so far? Thanks for taking notice of him and I hope you get to see some of his films.
by movieman1957
Great work Metsfan! If that's just fooling around..... More great art to enjoy right here on our very own board. This is terrific.
by bobhopefan1940

Ok... This is a pleasant surprise. I did dig a little into Conrad Veidt's career and such. This is funny, because I actually saw one of those little spots they do on TCM about one of the supporting players from Casablanca, and this is the same guy! Actually, I made a mental note after see that little spot to check out this guy, it really sparked my interest, and now you have just sealed the deal! I knew I recognized him from your portrait!

I can't wait to learn more about this guy, I'm going to go to SimplyClassics and look him up. I love characters like this...

Your wolf is so adorable! You really do have a way with animals as well. I tried drawing my dog once, but I'm never quite happy with this. Usually when I'm in the doctor's office some little child will be seated next to me and I will draw a caricature-type animal for them. But that's it.

Please keep it up, metsfan. I can tell you are a very inspired artist, this is something that I often lack. Thanks so muh for posting again, I love this!

Ps... What film are you using for your Lon Chaney work? With him, it can be so different.

by MissGoddess
Metsfan you're too modest! That picture is terrific! I only wish I could draw so well. And Veidt is a fascinating subject. I like drawing faces that have interesting lines and angles, as opposed to smoother faces which are more difficult for me.

As soon as I've photographed one or more I've more presentable drawings, I will post them here I promise.
by MissGoddess
I love the indigenous warrior and the wolf, too! With animals, my favorite to draw is the horse, but it's tough. Keep up the great work!
by bobhopefan1940

MissGoddess wrote: As soon as I've photographed one or more I've more presentable drawings, I will post them here I promise.

I certainly do look forward to that!

My favorite of the animals was always the horse, too. I always loved how powerful yet agile they look, they have a very beautiful shape to them. I've always wanted to own one, but alas - No luck

by MissGoddess
My friends in Texas had horses so I was able to "visit" theirs, ha! But sadly, since I lived in California I haven't been on a horse, and that is almost ten years now.
by metsfan
Thanks to all for the support but I still have a long road ahead before creating something presentable. Danny, the Lon Chaney portrait is of his permanent face.

Maybe later on I'll try one in character. MissG, I'm looking forward to seeing your work here. Horses are majestic creatures and I love to see Native American paintings of them.

Once again, thanks for the kindness in my not so good drawings.

Danny, what do you think of a picture like this? With your talent it would come out exactly like the photo if you were to draw Conrad.

This one is also nice but I'll insert the link because it's big.

I'm glad you are interested in learning more about this great actor and I'll leave you with an article that fascinated me. It's from an interview done in 1934. As far as films go, if you want to see some of his bizarre characters check out Waxworks, The Cabinet Of Dr. Caligari, The Beloved Rogue, and The Indian Tomb. He was similar to Lon Chaney in playing a wide range of characters but unfortunately most of his silent films are lost.

http://members.aol.com/Parysia/confession.html
by bobhopefan1940
Woe... I like that pic in the link

The one you posted is nice, but boy - The one in the link is the winner! I might try something with that one, we'll see. I really like it

He has such an unusual look to him, he really does. Can someone recommend a first film to watch for this guy? I know I've seen Casablanca, but wasn't he big in silents as well?
by bobhopefan1940
I'm sorry... I just read your last paragraph

Don't know how I missed that before! But thanks for the article, and the info! Especially the films... I'm going to have to dig deeper into this guy.

He sort of reminds me of Chaney, not many of his silent films survive today either.
by metsfan

I'm thrilled you like him! If you do draw him please post it here. I would love to see it!
by MissGoddess
Danny, one film I like with Veidt is Dark Journey, costarring a very young Vivien Leigh.
by metsfan 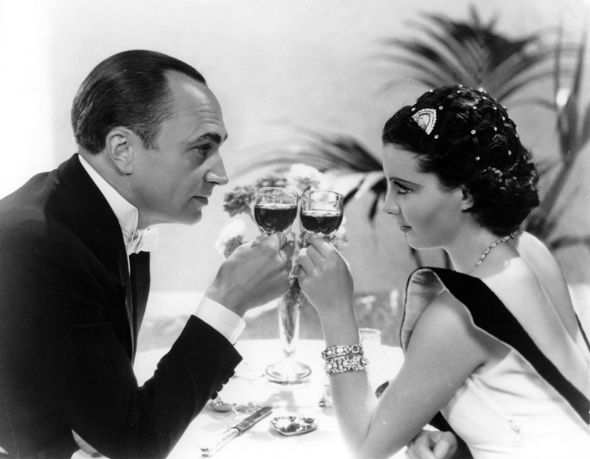 by MissGoddess
What a beautiful picture of Viv and Conrad, Metsfan!!!!!!!!!!!!!! Thank you so much, I never saw that one before!!