The doctor had hoped to find more than friendship with Isobel, who put an end to that. But circumstances have changed, so perhaps there's hope for the doctor yet.

I do agree with Anne that the storylines are being spread awfully thin with so many added characters. Perhaps the rest of the season will be a little more focused.
Top

Isobel is the one who put the cabash on her and the doctor. And yes I understand how there is no time limit on grief. Even though I still had three other children and my daughter's child, it took a long time for me especially coming so closely after my beloved husband died, and you never stop thinking "I have to tell so & so about . . . " I still want to call my hubby and tell him about a special song, or movie, or whatever. And when I read a good book, I think how soon I can give it to my daughter, then I realize neither of them are there any longer. Grief and I are very well acquainted but Isobel was so strong before - remember how she stood up to Violet about the hospital, and the flower show? What I've been saying is her character has been given such a 360 degree turnaround and I just didn't understand why, but your explanation and Moira's have finally helped me see daylight.
.
Anne

Knitster! Great analysis of Isobel's character and her place in the Downton world.

Based on the end of Mrs. Hughes & Bates' conversation and his subsequent exchanges with Anna, I do not believe that Mrs.Glues Hughes disclosed his wife's fears about his behavior after the fact. Bates instinctively senses who the perpetrator was though I do think that he might be leery of any violent overt action that might land him back in prison. Maybe there could be an unfortunate accident in the future if the valet returns?
Avatar: Frank McHugh (1898-1981)

Oh yeah, you know there's going to be a confrontation coming up, you betcha!

Wouldn't it be great if he got killed and everyone of the staff helped get rid of the body?

Oh yeah. They already did that.
Top

JackFavell wrote:Oh yeah, you know there's going to be a confrontation coming up, you betcha!

Wouldn't it be great if he got killed and everyone of the staff helped get rid of the body?

Oh yeah. They already did that.

As with Matthew's love affair with that blasted car foreshadowing his demise, do you think Edith's taxi ride to the doctor in London means she's going to have a baby? Wish Mr. Fellows would try something new....

I believe Mr. Bates will reach out to someone he met in the underworld...
"Life is not the way it's supposed to be.. It's the way it is..
The way we cope with it, is what makes the difference." ~ Virginia Satir
""Most people pursue pleasure with such breathless haste that they hurry past it." ~ Soren Kierkegaard
Top

I was betting on a little Edith myself.... or perhaps an abortion? Just a thought.
Top

Darn it! I must have a mental block this season! I watched last week and totally forgot this week again.
Top

Wen--You can see the episode here. It's a pip!

King--I thought that last Sunday's episode was one of the best ever, too. It was fun to see Violet (Maggie Smith) getting her dibs in by bringing Pegg back into the house before she could be "corrected" by Isobel--and Carson's conceding that the "African" band leader and his music might be rather nice. I can't believe that he asked Jack Ross (Gary Carr) why he didn't think of going back to Africa (but that was probably the Marcus Garvey influence?). It was cheeky fun when he replied that he is "no more African than Mr Carson." I loved "Come to bed and dream of ragtime"--the comment made by Cora to Robert at the end of their birthday evening celebrations. 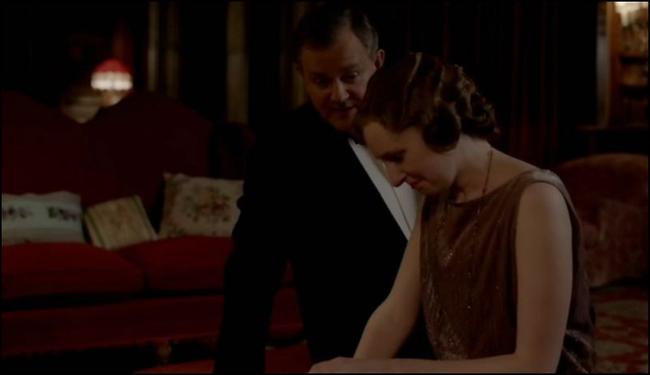 Robert discovering his daughter Edith crying and exclaiming, "My darling girl, what is it?" only to be rebuffed again by his most thorny off-spring (I think Edith's distrustful nature makes Mary look expansive & devil-may-care by comparison). What is going to happen when Robert learns both reasons why she was weeping? 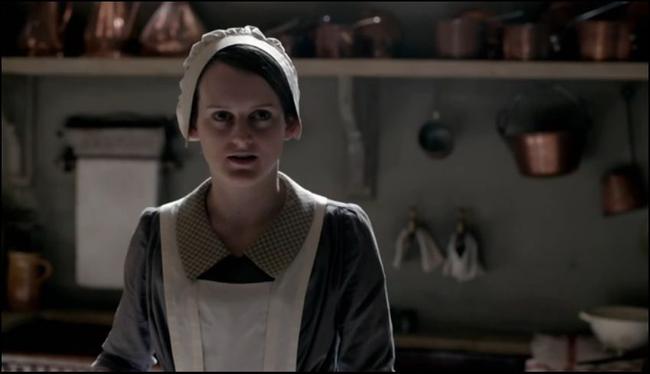 Alfred finally getting a chance to study cooking at the Ritz and trying to explain to Daisy just before leaving that he was never right for her, but that Daisy will make someone happy someday--prompting Daisy to wish him luck at last! Have we seen the last of these two? Where has Daisy's dear father-in-law gone to? 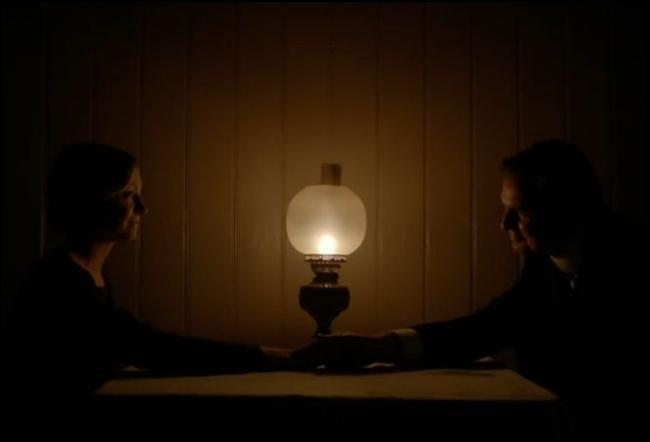 Beautifully shot moment when Bates & Anna tentatively agree "to chase the shadows away" together with a night out (Good thing Cora was there to intervene nimbly with that smarmy headwaiter at the hotel). 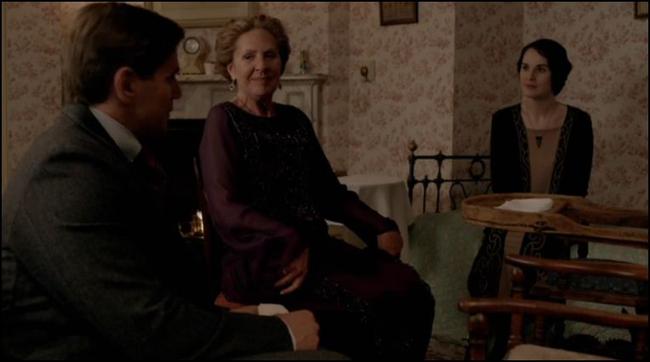 "Well, aren't we three lucky?" sighed Isobel, as she, Mary and Tom, gathered in the nursery to oversee a meal for the babies and recalling the happiness they have known thanks to the love they have felt for those now absent. So bittersweet, and delicately played.
Avatar: Frank McHugh (1898-1981)

Moira, thanks for posting those great moments from Sunday's show. The "dream of ragtime" was a clever in-joke for those who remember that Elizabeth McGovern was in Ragtime.

The scene with Isobel, Tom, and Mary was indeed wonderful.
Top

kingrat wrote:Moira, thanks for posting those great moments from Sunday's show. The "dream of ragtime" was a clever in-joke for those who remember that Elizabeth McGovern was in Ragtime.

Yeah, I thought that she might be referring to her Evelyn Nesbit role too, but it was kind of neat to see Cora treating her husband with affection rather than usually "tsk, tsk" over his puzzled obtuseness and sometime hidebound traditional mindset. I like ol' Robert--even if he isn't sufficiently progressive for everyone's tastes.
Avatar: Frank McHugh (1898-1981)

Thanks for the link Moira!
Top

You asked: :"Where has Daisy's dear father-in-law gone to?" I asked the same question last week or the week before because she visited the farm, he told her he really wanted her to have it after his demise, she went back and talked to Mrs. Patmore, and that was the end of it.

Personally I loved Edith's snipe at 'dear old Dad'. He deserved it! He's never made it a secret he preferred Mary, and he adored his 'baby' Sybil, but I guess I'm just seeing the "middle child syndrome" in the flesh.

I agree it was a good episode, but there's Fellows bringing in two more characters as those land examiners. I hope they're only a one time thing.
Anne

Anne, I think Julian Ovendon, the obnoxious land examiner will play a larger part. He was Michael *sigh* Kitchen's son in Foyle's War, and seems to focus on playing heels. Btw, he has an absolutely gorgeous singing voice.
"Life is not the way it's supposed to be.. It's the way it is..
The way we cope with it, is what makes the difference." ~ Virginia Satir
""Most people pursue pleasure with such breathless haste that they hurry past it." ~ Soren Kierkegaard
Top
Post Reply
360 posts