April 22, and celebrating a birthday today is - Rondo Hatton It's April 23, and there are a lot of interesting birthdays today. Let's see how many photos I can find:

The excellent and woefully underutilized (by Hollywood) Simone Simon One more April 23 birthday.
An icon of my generation - It wasn't easy to be so sweet onscreen without being nauseating, but I think she did it very well - Sandra Dee

One last birthday celebrated on April 23 -
"Devise, wit; write, pen; for I am for whole volumes in folio." - Love's Labour Lost

I watched "Tunes of Glory" last week and there was an interview with Neame from a couple of years ago. It was quite interesting and he seemed like a really nice man. He had very nice things to say about Guiness and Mills. Interesting background to the film as well.
Last edited by movieman1957 on April 24th, 2007, 9:08 am, edited 1 time in total.
Chris

April 24. Here are a few birthdays: 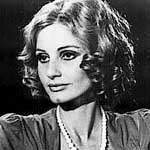 April 25, and here's to all of us Administrative Sciences Master Engineers, or whatever the greeting card companies are calling us this year.

Here are some birthdays:

First Guglielmo Marconi -- where would Hollywood be without the radio connection? MissGoddess wrote:Thanks to the Brooklyn Girl for bringing this thread over! I had no idea about Bruce Cabot's real name! Was he French, French-American or a Canuck? Tres interressante! He is in a lot of my favorite movies. He also played a devilish "role" in Errol Flynn's memoirs.

And nice picture of young Nina Foch. Did anyone catch her last night in one of "Bob's Picks", My Name is Julia Ross? In some shots she looked just like Marlene Dietrich, I swear!

I didn't research Bruce Cabot very far - I'm interested to in finding out what his story is. I never would have pegged him for a Frenchman in light of his screen roles, but now that we know, we'll all probably say Oh, of course!

I saw only the first few minutes of "Julia Ross," and it looked interesting. Mr. O made a comment about the budget-saving technique of using closeups, and right from the start of the film I thought "this looks like a TV show," which made it seem sort of contemporary in style. Did you see the whole thing? (I can never get over the fact that Foch was once married to James Lipton. Somehow, it just doesn't seem right.)

Thanks for finding out what you did on Cabot---I'm sure there's an intersting story somewhere about how his dad landed in New Mexico!! Cabot himself would have to be a "knock-about" kind of guy to have kept up with the likes of Flynn! He was also a pallie of Duke Wayne, as you know because he's in sooo many of his movies, including many at the end of his career.

I just want to add that the pictures you have been posting are really gorgeous. Is it just me or do they look better here than at TCM?? *lol* I swear they seem clearer. Maybe it's the background. Anyway, thanks again for keeping this thread up.