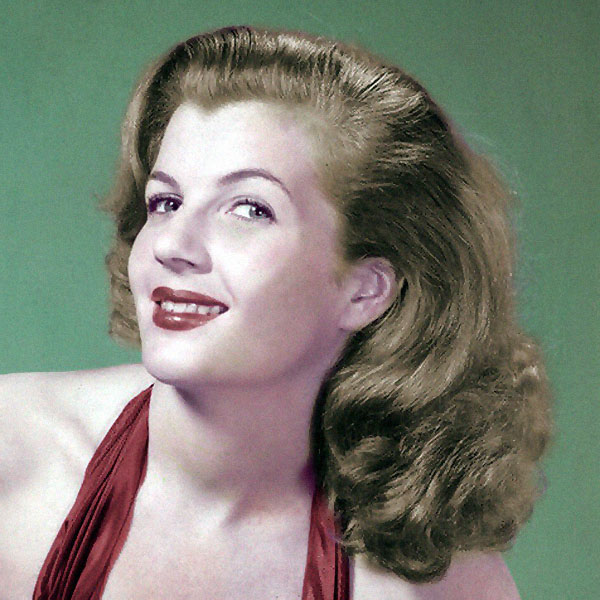 Cloris Leachman was Miss Chicago, circa 1946.

This is a wonderful thread, judith. Thanks for keeping it up and running.
I also felt Carolyn Jones was underutilized, and enjoyed the exploits of Mike Kellin. Remember The Wackiest Ship in the Army? Jack Warden, also one of my favorite folks, was in that, too.

Loved the double Queens! I finally saw The Queen this weekend.
Top

I saw"The Queen' a while back and really liked it. Everyone was always on about Princess Diana but I always wondered about the other side, so to speak. I'm sure that someone made very clear to her what was expected of her. If she didn't agree, why go through with it? OK, marriage is supposed to be about love, but there's a lot more to it than that, even amongst us peasants. You have to be willing to take on everything that comes with your spouse or its not going to work.

Anyway, enough. Good movie--makes you think.
"We are all in the gutter, but some of us are looking at the stars. "~~Wilde
Top

Just seeing the first picture of The Queen in all her jewelry reminded me of a story my grandmother told me about that tiara.
It is known as 'The Vladimir Tiara' and is several intertwined circles of diamonds with pearl drops suspended in the middle. The Queen also has emerald drops also to interchange for the pearls.

It is a Russian tiara formed to resemble a Russian kokoshnik (headdress) and was made for the Grand Duke Vladimir, who gave it to his wife, the Grand Duchess Maria Pavlovna. Vlad and Maria were aunt and uncle to The Czar. Vladimir died before the revolution but Maria survived by fleeing on one of her hospital trains to the Caucasus in southern Russia.
One of her friends, a British diplomat, smuggled out several pieces of her jewelry in diplomatic pouches and wore the Vladimir Tiara attached under his hat.
Maria Pavlovna was the last Romanov to escape Russia in 1920 but sadly was the first to die in exile; she died just 6 weeks later, a wasted skeleton. When she disembarked in Istanbul from the ship carrying her out of Russia, even her children didn't recognize her.
Later, the Vladimir Tiara was sold to Queen Mary, the present Queen's grandmother, and that's how it got into the British Royal Family.

This isn't useless info, it adds a richness to history. Just as we love to hear "inside information" about the stars, stories like this make the people we watch seem much more real.
Thanks for sharing.

Nancy
"Life is not the way it's supposed to be.. It's the way it is..
The way we cope with it, is what makes the difference." ~ Virginia Satir
""Most people pursue pleasure with such breathless haste that they hurry past it." ~ Soren Kierkegaard
Top

You all may have noticed by now that I haven't posted on this Gallery in some time. That's because there's no definitive word on the legality of posting web photos, and I don't want to cause any problems for this site.

Merely listing the names of daily birthday celebrants can be interesting, but I don't find it nearly as much fun as seeing their images posted.
Top

This one was a duplication of the last posting.

Sorry - I seem to have a particularly sensitive PC touchpad.
Top

HI Larry---I really enjoyed your post! I have a question---were any of the British Royal family relatives, either blood or by marriage, of the Romanovs?
Top

Forgive my butting in but I belive they were cousins. They also were related to the German ruler at the time. There is a famous family photo (which is not so famous that I can find one, yet) of the three families together on holiday.

There is a picture down the page of George V and Nicholas II together. They all look so much alike it's weird.

Yes, the windsors and the Romanovs were related in many instances.

1) Take the one I'm most familiar with - the Dowager Empress.
She was a Danish princess, whose sister, Alexandra, married King Edward VII.
Therefore, as Chris & Wikipedia pointed out - Nicholas II and George V were first cousins and resembled each other uncannily. Also therefore, Nicholas' sisters, Xenia and Olga were cousins of the Windsors too....

2) And, King George I of Greece was the DE's and Alexandra's brother and he married the Russian Grand Duchess Olga (not the same one as above) and they are Prince Philip's grandparents.

3) The Empress Alexandra (not the A. above - another one) was one of Queen Victoria's granddaughters and married Nicholas II.

4) Another of QV's granddaughters, Elizabeth, married the Russian Grand Duke Serge and she was also Empress Alexandra's older sister.

I put this in the Cary Grant Thread, but thought it more properly belongs here. This started out as a photo gallery for birthdays of character actors, but it could also be for the little known and unsung people who add such richness to our viewing experience...

the nutty Barbara, Duchesse de Praslin,All This and Heaven, Too

and my favorite of her roles,Barbara, the Woman,Jesse I Remember Mama

Thanks so much for those varied pictures of Barbara O'Neil, a fine actress. I'd never seen a glamor shot of her before.
Top

Isn't she sweet? Such a variety of characters, and so believable in each and every one!
"Life is not the way it's supposed to be.. It's the way it is..
The way we cope with it, is what makes the difference." ~ Virginia Satir
""Most people pursue pleasure with such breathless haste that they hurry past it." ~ Soren Kierkegaard
Top
Post Reply
59 posts