Gene Tierney and husband, fashion designer Oleg Cassini out on the town
with Rita Hayworth. (what a pair of bookends)
Joseph Goodheart
Top 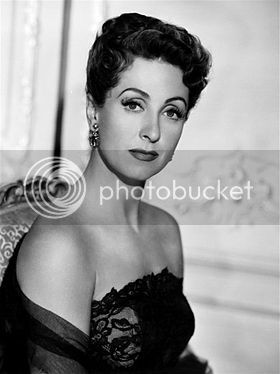 Last Picture of Ford and Hayworth

Had this picture for awhile ... and since it is Glenn Ford's birthday and I thought I just share it today!

I cannot let the moment go by without expressing my condolences and sadness for the passing of Deanna Durbin. She was one of my favorites from yesteryear. She chose to be out of the limelight and enjoyed her private life. She, unlike many of her contemporaries, did live to the age of 91. in a recent biography she raised two children and sang one hour every day in the privacy of her home. She lived in a small French Village and became a non-personna. She enjoyed going shopping on her own without reporters following her. Crowds frightened her. Deanna's first movie was a short (Every Sunday) with Judy Garland. They were both discovered at the same time but Deanna made it big first. They met on a street several years later and Judy confessed she hated the "public" Hollywood. Deanna replied "quit the business". Shortly afterwards Deanna did. We all know about the demons of youthful fame which took the lives of so many at early ages. Deanna ran from that and survived until 91.

May she now rest in peace.
Uncle Stevie

Thank you, Uncle Stevie, for not 'letting the moment go by...' A lovely tribute for a lovely lady.
https://www.youtube.com/c/MaricatrinsMusicVideos
Top

Here is a nice bio-tribute to Deanna.

That’s the way you pronounce it: Deanna Durbin and director Robert Siodmak on the set of "Christmas Holiday"
Joseph Goodheart
Top
Locked
14683 posts

Users browsing this forum: No registered users and 8 guests