David Niven, filming "Carrington V.C." on an adjacent set, looks up his friend Van Johnson, making his first appearance before British cameras in "The End of the Affair"
Joseph Goodheart
Top

Aline McMahon was one of my favorites. she was surely a beautiful woman but was always relegated to supporting characters.
Uncle Stevie

Aline MacMahon was a very good actress, and that is a lovely photo of her. She appears in nine of the movies in my collection. Although she is probably mainly remembered as a support actress, she struck a “purple patch” during 1934 and 1935 when she starred in nine consecutive movies.
Top 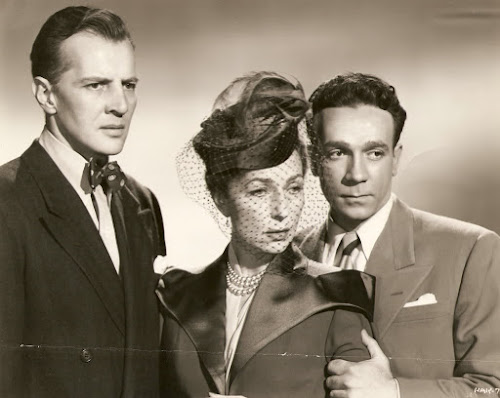 Birthday boy Bruce Bennett in a 1949 publicity portrait for "Without Honor," with co-stars AM and Dane Clark.
Top