I needed to search for movie on YouTube to post link in discussion in other forum. I did suspect it would happen and it did that I was quickly drawn in to watch whole movie when my intention was only to find link.

I urge all to watch it even if war movies are not to your taste.

The movie is: Two Army Comrades (1968). It is know also as: Two Comrades Were Serving.

It is quite moving in many ways. It is story of very straightforward "world is black and white" patriot who is proud to serve in army and intellectual who should not be in any war and should be on other side of this one. Their story of becoming fast friends is comic and tragic. Situations are all the more absurd by fact that they are believable because such things likely did happen.

It is wonderful movie as it shows clearly people on both sides and how they did what they had to do even although they did not wish it. Ending contains scenes which affect viewers acutely and will stay in mind for many years.

It is available on YouTube with English subtitles at:

I had the opportunity of watching “Bahama Passage” (1941), a Paramount film produced and directed by Edward H. Griffith.

The movie was filmed in Technicolor on location, which adds credibility to the story, although certainly one would be able to appreciate it much better seeing a good print of this little-known film (the one available is rather murky, with washed-out colors). On imdb it is stated that it was filmed on the Bahamas, although one viewer claims it was really filmed on Salt Key, located on the Turks and Caicos islands. Anyway, the island is named on the film “Dildo” Key (what a name! Emoticono wink ).
It stars lovely Madeleine Carroll who was 35 or 36 years old by then and Sterling (billed as Stirling) Hayden, who was 10 years Ms. Carroll’s junior. Both fell in love during the filming of this film and/or the previous “Virginia” (1941), also directed by Griffith and released by Paramount and in which Hayden was billed third after Ms. Carroll and Fred Mac Murray.
These two were Hayden’s first films and the only ones he made before going to fight in WWII. He was 6’5” tall and was then billed by Paramount as “The Most beautiful Man in the World”. He looks like a sort of Nordic, Viking God in this idyillic setting and Madeleine Carroll, who was Hitchcock’s original ice blonde goddess and was alluring, elegant, beautiful and talented, looks very natural and enticing. They make one handsome couple together.

Hayden’s inexperience is very apparent –his performance is one-dimentional- and his acting skills are lacking on this particular movie (he improved himself when he went back to Hollywood after WWII in 1947) and Madeleine Carroll is the much more seasoned and talented performer, but what helps their scenes together is the undeniably chemistry between both of them, which was very apparent (they got married in 1942 and stayed married until 1946), especially with the idyllic Adam & Eve background, with coral reefs, light blue sea, white sands, lots of sunshine and some few palm trees. Those scenes are the ones which come across better.
The other positive aspect of this film is that Hayden plays a young, rather inexperieced, simple man living isolated on an island and it’s quite obvious that Carroll’s character is older and more experienced, so his lack of acting skills do not affect the film as much as it had been otherwise. Carroll plays a woman who has been around and is quite straightforward.
Hayden is the scion of the Ainsworth family, who have owned Dildo Key since his great-grandfather’s times and who have cared and ruled over the natives who work for them for decades.

A very young Dorothy Dandridge appears as the native girl who works in the Ainsworth’s house.

Although the plot is rather thin, I would like to see a good print of this film released on DVD by Universal, which owns its rights, because it is certainly handsome to look at on the idyllic settings it takes place on.
Top

Hi RedRiver. It was misspelled on the film's credits and on the poster. 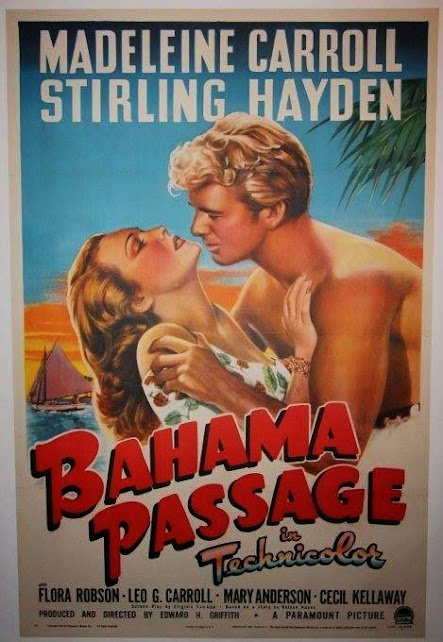 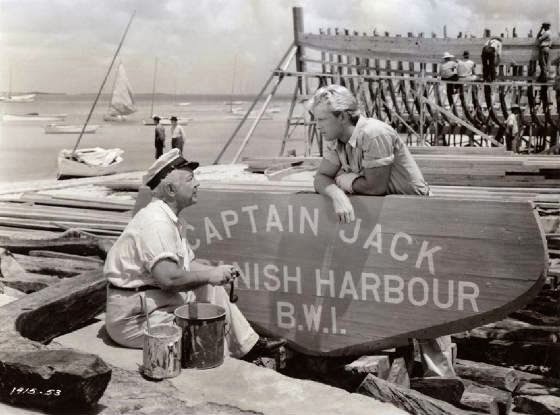 Was Arthur O'Connell ever in a bad movie?
Top

The Academy Awards are coming on tonight. This makes me think of some of my favorite past winners. Have you a favorite?

I watched my two favorite W. C. Fields movies this weekend. THE BANK DICK, of course, and IT'S A GIFT. Not much I can say that most of us don't already know about these two superb comedies. The truth is, I like "Gift" even more than the other. It has that wonderful back porch scene; in a ridiculous way, it could be compared with REAR WINDOW! There's the business with the blind man in the store. And the meanest kids this side of THE BAD SEED!

THE BANK DICK is also hilarious. The comedian's best known film, and not without reason. I clicked on the "Recent Movies" thread and couldn't think of anything I've seen. Now you know why!
Top

I will see "The Bank Dick" at TCM's Film Festival next weekend. I'm going to need some laughs.
"You build my gallows high, baby."

Fisby tries to implement the military's plans, by encouraging the villagers to build a school in the shape of a pentagon, but they want to build a teahouse instead. Fisby gradually becomes assimilated to the local customs and mores with the help of Sakini and Lotus Blossom, a young geisha (Machiko Kyō).

It was on late night on TCM and I enjoyed watching again after 4 years ... a delightful film.
Top

Lomm wrote:I've been on a Doris Day kick the last couple of days and watched Move Over Darling and then It Happened to Jane on successive nights. I always love those things. I often wonder what Move Over Darling would have been like if Marilyn had lived to finish it as Something's Got to Give. I know it would have been very different, based on the nude scene existing.

My Favorite Wife (1940) with Irene Dunne and Cary Grant.
Irene Dunne is a favourite of mine, I have 33 of her 43 movies. Irene has the role of Ellen.


Move Over Darling (1963) with Doris Day and James Garner. Doris Day is also a favourite of mine, I have all 39 of her movies .

Even if this movie is in colour I feel that Irene Dunne, Cary Grant and Gail Patrick are far superior to Doris Day, James Garner and Polly Bergen. In both of these movies Ellen shows determination to stop the consummation of Nick`s second marriage.

I feel that this version was modified to use Marilyn`s character as was published . Nick and Bianca returned from their honeymoon, so presumably they had been together. (Although Bianca later told her pshychiatrist that she was eager, but Nick did not do anything).
Ellen, in this version is much more broadminded. During the skinny dipping scene she (effectively) told Nick that when he finished having his wicked way with Bianca he should come down and join her in the pool. On youtube there are a couple of different versions of the swim scene. In one (the movie) when Ellen leaves the pool she dons a gown, which slips as she is putting it on, giving a brief glimpse of bare bum. In another ( swim scene only) on youtube, the gown does not slip.

Being sick yesterday gave me two films to watch.

"The Joy of Living" stars Irene Dunne as a Broadway star that is frequently being saved/stalked by Douglas Fairbanks, Jr. He is a shipping line owner but she doesn't know it. Each time she is rescued by Douglas she has him arrested. Finally, there is a court date and through an odd bit of justice he is paroled in her care.

Naturally, they fall in love. Of course, their thoughts of life together runs on a different schedule. She feels a duty to her blood sucking family and her finishing the run of her play. He is all for leaving now.

It is not nearly as funny as I had hoped. I love Dunne and Fairbanks is fine. They are better than the material. One of my books gives it a ***1/2 but that is about one too many for me.

"Terror In A Texas Town" is an odd western. Even before the credits (and during) we get what are scenes from later in the film. A strange music score doesn't help but the film plays, to me, like an extended episode of some western show. To its credit the main parts are cast as Swedes (Sterling Hayden) and a Mexican family that are consumed by the bad guys wanting to get their land. Sebastian Cabot, as that bad guy, claims credit under a prior land grant. The man who carries out all this is not above murder on several occasions. Unless I missed something I wouldn't put it much above ordinary.
Chris

"Terror" is a strange western. It's different, and I appreciate that. But "different" is its strongest asset. The story is not fascinating. The pace a little sluggish. It's not a bad movie, but not one I can rave about.
Top
Post Reply
8104 posts